The illusion of the legal security under Fernandez de Kirchner administration
Anarchy becomes institutionalized
by Mario Sandoval [1]
No government has ever ignored, violated or betrayed the constitutional principles, agreements and treaties as much as this administration does. As a consequence, legal security is imperiled. The diplomatic grounds have no longer formed part of the rules of conduct and of the savoir-vivre which prevail in international relations. Justice is not independent, judges obey to power and laws depend on the fundamentalists in power. Judges, attorneys, prosecutors and members of the High Court of Justice [2] (CSJ in its Spanish abbreviation) are appointed by the power without complying with any conditions [3], while judges and government do not respect any rights set by the UN in this respect [4].
Thus, individual liberty and fundamental rights of human beings are constantly at risk, since the principles of protection of law and equitable process -recognized all over the world- are absent. Argentina is now going through, not only a dictatorial, kleptocrat and populist regime but also an anarchist system where the “legal order” is at the side of the strongest. Corruption reaches an alarming level among the politicians, the high rank officials of the government and the players close to power circle [5].
Argentine people, foreigners, national and international companies, investors as well as the representatives of foreigner government in Argentine witness the permanent violation of citizens and moral persons’ rights and those of third parties’. The large amount of diplomatic and business­related [6] conflicts (especially with the UK [7], Brazil, Mexico, US and Spain) make up more evidence of the absence of a respectful legal system of laws. Much nationalization in every area have been carried out: the post office in 2003, water in 2006, pension funds in 2008 and even Aerolineas Argentinas air company, sports activities (football for everybody) in 2009, paper for the press in 2011... in controversial conditions and results, almost irresponsible ones. During May 2012, YPF company has been expropriated by 51% by means of the law 26741 [8]. more read 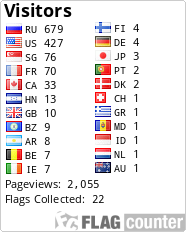